The Anambra narrative: In pursuit of Mark Okoye II 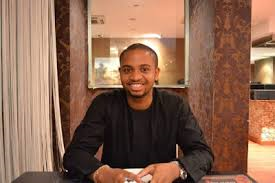 In his 700 paged book titled “From Third world to first”, the former minister of Singapore, Lee Kuan Yew poured out his heart on his transformative strides in leading post colonial Singapore to become a first class nation today. Through those years, he stood out as a subject of praise for many and vilification for others. In all, he delivered the goods for his country.

Mark Okoye II, the commissioner for Economic Planning, Budget and Development Partners is a young man blazing the trail for a very young generation like ours and as a youth, I took particular interest in highlighting his life’s journey to motivate and encourage young people to be focused in life, and pursue their dreams. Just like Lee, Mark is charting his own course and leaving positive strides in the annals of history. As always, my intention is to encourage my readers and help us to understand that with grit and determination, you can achieve a lot in life. 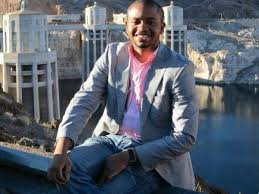 From his early childhood, Mark fell in love with numbers and calculations. From primary to High school, he snapped up all the prizes available for Mathematics, clearly pointing to a young child with great prospects in the financial sector. You see, he didn’t fall off the skies to achieve everything he has achieved today; he started from a very early age. If you are reading this, never despise your days of little beginnings. Little wonder the young Mark majored in Finance at the Indiana University of Pennsylvania and The George Washington University all in the United States of America between 2003 and 2007. With this balanced foundation from major institutions of the world, the stage was set for Mark Okoye II to explore the world of finance and make his mark. He wasted no time in doing this. 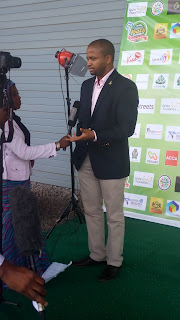 As a young man driven with passion for excellence and impacting lives, he co-founded Oxigen Media and stayed with the company from June 2006 to December 2007. As the chief finance officer of the start-up company, young Mark multitasked himself and displayed his ability to manage very high level business ventures by developing business models, acquiring and negotiating contractual agreements, managing the finances of the company and maintaining communications with clients to ensure maximum satisfaction. You see, he never set out to make money; his main driving force was to ensure people got their money’s worth and in so doing, he achieved so much more. Are you in business to satisfy your customers or to make money blindly regardless of your clients’ satisfaction?

Like it’s said, a shining star has no hiding place. His outstanding performance within a short time at his start-up caught the attention of the mega investment firm, Afrinvest West Africa and they recruited him to bring in his wealth of knowledge in taking the company to the next level. Serving as an investment banking associate from January 2008 to August 2012, Mark Okoye II was a key factor in engineering mergers and acquisitions, debt, equity capital raising and project financing. Through the four years spent at Afrinvest, the young Mark was actively involved in a plethora of financial processes and transactions for the company. Little was he done with his engagements at Afrinvest and the Anambra state government started calling. 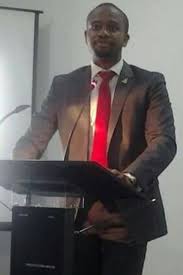 He was appointed as the Senior Special Assistant on Investments to the Executive Governor of Anambra State in 2012. You may be wondering how the government of Anambra state, one of the richest states in Nigeria will saddle the task of investments on the shoulders of a young Mark. The reason is not far-fetched; he is a dedicated, articulate, loyal and hard working fellow. When you have these qualities, you don’t need much publicity to get noticed. In his capacity as the SSA, he aided in attracting foreign investments to the state and co-managed the state’s investment portfolio consisting of investments in the capital market, manufacturing, power, building materials, hospitality, real sector, etc.
When the tenure of the former governor came to an end, Mark Okoye II was focused on pursuing his career as a professional expert and harnessing the opportunities open in the emerging markets of Africa. While he was strategising on his plans, the new government of Anambra state under Chief Willie Obiano reappointed him as a Senior Special Assistant on investments. As young people, reading about the gradual rise of Mark is a pointer to the fact that in spite of the politics involved in governance in our nation, once you are good at what you do, you will always be relevant. No matter the captain of the ship. 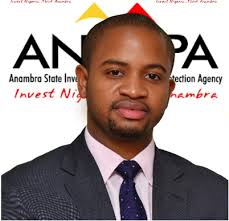 In 2014, young Mark Okoye received double positions in addition to his role as the SSA on investments. He was appointed as the Secretary of the Anambra State Investment Promotion and Protection Agency (ANSIPPA) and also appointed as a member of the economic Think-Tank of the state government. In these capacities, Mark was saddled with the task of creatively strategising for foreign investments in the state, managing the operational finances of the state, protecting and promoting investments in Anambra State. Now many will wonder how a young man of his age can manage such large portfolios and still have time for his personal life. Well like I said earlier, Mark is very articulated. With him on your team, you can comfortably retire 20 other people. 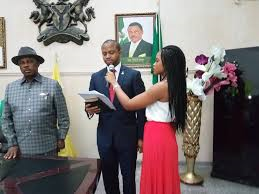 In June of 2016, Mark Okoye II was appointed as the Commissioner for Economic Planning, Budget and Development Partners by the Executive Governor of Anambra State, Chief Willie M. Obiano. With this appointment, Mark became the youngest commissioner in Nigeria at the young age of 30 years in our new political dispensation. Are you surprised? Well I know you are not. If you have followed this story, you already had it at the back of your mind that it will only take time before he gets to this position. As the Commissioner of Economic planning, he is in charge of the day to day activities of his ministry and performs oversight functions for the Anambra State Investment Promotion and Protection Agency. Mark has proven his onions and I am rest assured that he will take Anambra’s development to new heights in this position. 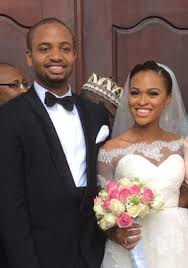 Finally, our dear Mark Okoye II is not all about the work you know; he has a private life too. On Saturday, January 9th, 2016, Mark walked down the aisle and said “I do” with his heartthrob, Phillipa Osakwe. The wedding was graced by the high and mighty in the corporate and political world of our nation. Together, they have a lovely family. Mark is also a very good fan of football and tries hard not to miss his favourite teams playing at the weekend. Whether he supports Arsenal or Kano Pillars, you can ask him when you meet him. Mark is a young man with a kind heart. I pray God to bless his family and professional life.
Till we get to the Promised Land, I shall be waiting for when you will pass me a glass of water and thank God for the gift of grace for race.

8 comments The Anambra narrative: In pursuit of Mark Okoye II