It's young ASUU the wicked striker 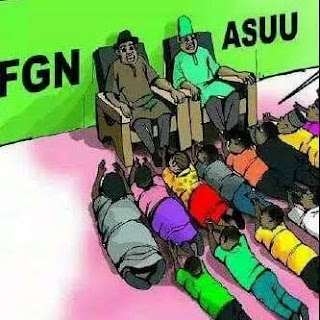 The demands of ASUU are quite legitimate and they are surely fighting a just cause no doubt. The federal government on its own part is also doing its best to ensure that these issues are settled amicably so that students can go back to school. But the very intrinsic question these people have failed over and over again to ask themselves is: what is the fate of the Nigerian student in all these tussles? It’s like the story of where two elephants are fighting while the grass suffers the brunt of the battle. These lecturers are giving in 100 percent of their time and resources; technically anyway. But in reality, the Nigerian educational sector needs total sanitation and restructuring. Students are at home while they’re supposed to be in school. These are individuals who are between the ages of 18-27, mainly the youths. These same youths are part of everyday empowerment agenda. These same youths are part of the transformation agenda of the present administration in this country. It then leaves one to wonder why the authorities, including ASUU and the federal government, could not have settled their differences without having to embark on this industrial action.

Majority of the students may not fully comprehend the impact of the present day situation in their lives or their future. This is because it will be very hard for a Nigerian student to distinguish between when school is in session and when school is not. The lecturers are more or less not dedicated or inspired to impact knowledge on these young ones; And the students themselves? Look for them at ‘‘Limpopo or Gobe nightclub. The government is highly motivated to make good and wonderful policies that only come to actualization in our dreams. In a developing economy like Nigeria, one would’ve thought the greatest investments should be in the man power; the human resources who are to maintain the infrastructural developments when they are put on ground. Personally, I think and hold on tenaciously to the fact that, the problem with Nigeria is that of misplaced priorities and the issue of not putting one’s money where his mouth is.

On ASUU, it’s like a situation where a father will warn the child about the dangers of laziness and not putting in 100 percent of his energy and time into his work. While the father refuses to discipline himself and abide by the same life principles he is trying to teach his child. And as a lecturer, before you start to pour aspersions on me, think about the quality of graduates that you people produce for our country. And when you are queried, you blame the government for not fulfilling its promises or you blame the students for not being too enthusiastic to learn. At each point in time, they’re always the righteous Adam who blames Eve for giving him the apple forgetting that they too, like Adam; always had a choice to right the wrong in the polity by simply accepting that they were wrong and then work hard to remedy the present and butter posterity. But they won’t. The blame game is one which has taken a very dangerous dimension in our polity that if left unchecked, we are running the greatest risk of producing vagabonds who won’t take responsibility for their actions. These lecturers should realise that the fate of thousands of young people are at stack. Even if the government fulfils its promises and implements same, how are we sure that the lecturers will give in 100 percent to their job and produce good quality personalities of impeccable character for our society. Those qualities? I seriously doubt if we can ever find them in this country when the lecturers have proven time and time again, through their products; that they are not better than the two-faced leaders themselves. What we need in the educational sector is a total overhauling of the system, so that learned men and women of integrity who are moved by passion for the teaching profession can take over and impact the much needed knowledge and change into our youths and society at large. Like a famous speaker once said, ‘‘If you want to change the country for the better, change the people who have the power to train the man power; the teachers.

On the part of the Federal government, it is often said that it is more honourable for a man to accept and acknowledge that he can’t do something than reach an agreement, sign same and thereafter renege on the said agreement. But quite frankly, when events happen in this country, it leaves one begging for proper answers. Nigeria is one of top twenty oil producing states of the world with an annual GDP of approximately 451 billion dollars according to Wikipedia. Now can anyone tell me why a country like ours should halt academic activities even for one day?  I have repeatedly said that it’s just a situation of misplaced priorities. The Nigerian government and authorities, from the way this whole strike issue has been handled, it is quite clear to even this blind man beside me who wants to do my typing for me; that education is not a major priority for Nigeria. Funny isn’t it? We are spending billions of naira in infrastructural development in the country which is quite laudable and a major leap in becoming a world power. But what we have failed to understand is that these country who are reckoned as world powers today built their economy around the human capital. Education is an investment that can take our country to greater heights. What is so special about Australia, Canada, and I’m even going too far; what of our neighbours Ghana. These countries are not any better than Nigeria but they have come to the realisation that if the educational sector is up and running, it will trigger lots of transformation both within and outside the country. With education comes enlightenment. People will be happier and at home with government policies and it won’t be hard to communicate to the people about development and how to contribute their own quota.

Government must accept the fact that these youths who are stranded at their various houses are the ones to lead this nation. When you don’t show concern to their plight today and invest properly in education, we all run the greatest risk of producing vagabonds and personalities of highly questionable character who won’t be any better than those who are there now.

Greatest Nigerian Students!!! Well, I know no one will answer me because you are still at home biting your nails, wishing that the stakeholders in education will just vanish and never return. Isn’t it? In as much I share the same views with you and pray that this industrial action ends so that you can return back to school, I wish to point out some few things. Parents, government, lecturers and every individual both within and outside this country continue to complain about Nigerian students; that the zeal and passion for learning is no longer present in the students of today. And I want to ask the students; is it true that you don’t have the passion and zeal for learning? Anyway, I’m even wondering how many of you who will get to read this because once it’s not about Chelsea, Barcelona or Real Madrid and BBA for the ladies, then the thing is not important. And here again is a manifestation of misplaced priorities. Students don’t see having the zeal or passion for learning as important today. And who will blame them? Since the authorities don’t want to invest and pay the much needed attention to education, is it the juvenile delinquent youth who will pay the attention? I certainly don’t think so. But be that as it may, I must remind our students that your future is in your hands. 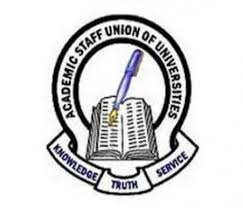 When you fail to succeed in life, there is no one called Mr. Government who will take the blame for your failure in life. You will bear the disgrace and the brut of having to go through life, wishing you had another opportunity to right the wrongs in your life. Now that you have the opportunity, don’t wait for anybody, start from where you are now and widen your horizon. Let us always keep ourselves busy and keep in mind that even if the government and policy makers fail to give us the much needed opportunities to excel; we can create same for ourselves. The situation is not as bad as it seems. Trust me.

Finally, education is the only eye through which we can see the future. We are being educated and taught about how to handle a future we know absolutely nothing about now. Hence it’s trite we get our priorities right and respect education. Invest heavily in it because that is the only source of human power that will sustain our economy for many years to come. I strongly believe in my Nigerian dream. I know we will succeed and get there someday, but we need to get our priorities right.