Nnamdi Azikiwe and the house that is never completed 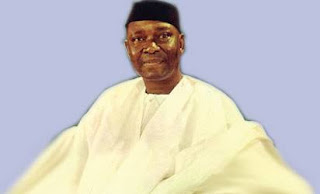 "Hello Sir, it's MBN. Ojukwu told me you needed to speak with me after my conversation with him some weeks back. I hope all is well down there?"

How will I tell him about his never completed mausoleum? His fallen walls and the total abandonment of his legacies both by the state governments in the East and the Federal government. Hmmm.

"Hello, sorry for the break Sir. Network is not very steady. I was a kid when you died and I watched your burial ceremony on television. Growing up, I have heard people say many good and bad things about you. And luckily, I got my college education from an institution named after you. But I am not happy. There's nothing to show that your compound at Onitsha is the abode of a former President of this country."

"I don't want to be the harbinger of bad news Sir. Your son is there with you so you can ask him the state of the nation before he left us. Even his own burial had it's own problems. Your compound was planned to be a tourist attraction that will generate revenue for our nation and help our young ones to learn about the great sacrifice you put in to give us education. I don't want to talk about your role in bringing Independence because many of your Igbo brothers think you didn't do the right thing."

If I tell him about the state of the nation today, I know he will bleed. But should I tell him that people are blaming him?

"Nnamdi Azikiwe, why did your own people forsake you? I spent six years studying at a high school that shared the same fence with your vast compound. Nobody came to cry at your grave like they cry at Ojukwu's own. Nobody has found it worthy to push heavily for the completion of the projects that goes on forever in your compound. We had two Presidents from the South for 14 years and they never completed it. This current Federal administration have promised to complete it and make it a world class tourist centre. Do you think Buhari will complete it?" 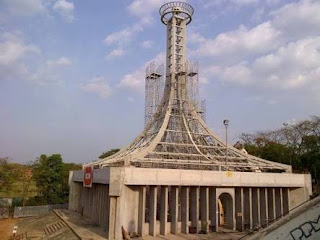 "Oh. Sorry I didn't tell you Sir...don't be angry with me. I am only a messenger. Buhari is now the President. Sounds funny right? Well, nothing much has changed in Nigeria since you died and you understand what we are going through now. Because history was removed from our curriculum, our young people will grow up not knowing how much you tried to unify this country and give us one voice in diversity. One voice in diversity? That's a big joke."

Should I tell him about Biafra and the renewed push to obtain sovereignty? How about the state of the educational system and what the political class have turned our society into?  With the gift of hindsight back in 1940-1955, would he have changed his mind and pushed for three independent countries?

"Sir, you did many things right but our people have refused to recognise and accord you due honour. It is my wish that you push for the completion of your projects. I don't know how you will do it, but I pray you to make the federal government complete what they started. When next I call, I hope to bring good news."

2 comments Nnamdi Azikiwe and the house that is never completed