As You Journey In Life To Become Successful 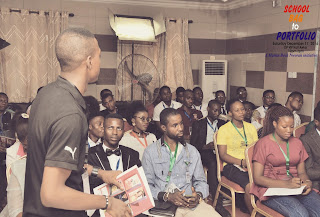 The lady I would've rocked at the club this night was held down by her red devils, so no clubbing for me tonight. In place of clubbing, I'll share a story.

In 2012, I published three books at once and from my planning, my mind was made up that I will blow and make millions that year. The plan was in my head and I had the passion to execute it. I got a never-to-be-paid-back loan from my mum and elder sister, promising them that I must hammer and rake in millions in sales. That didn't happen. In fact, I had to explain to my first business associates(my mum and elder sister), how I managed to squander their money without positive returns on investment. They smiled and encouraged me to keep fighting and never stop believing in myself.

Fast forward to 2013, I did a thousand and one stuffs still hoping to make that big money I wanted through my talents and passion. I appeared on television and radio programs(I still do now), became a secondary school teacher during the ASUU strike of that year, joined the Ohaneze Ndi Igbo youth wing to be exposed to the young people in the political terrain of the state, voted and was a part of the 2013 governorship election in Anambra State, wrote for about 15 online and print media houses(I still do now) and looked out to see if I could find a rich sugar mummy or aunty to make things faster...I'm a good farmer remember. I did all of these stuffs and yet, the big money didn't come. I was frustrated but I didn't give up.

In 2014, I wrote Diary of a Unizik Babe and in less than ten months, the book was put into a movie by people who were supposed to protect my interest and I was threatened to shut up. The book sold and I was happy, but the big money didn't come. I was frustrated but I never gave up. To ease tension, I  used my popularity on campus to contest, win and become the SUG PRO. I met many beautiful ladies who loved me for my wit and were at my "beck". I did well while in office, but I wasn't happy. So when they didn't want to conduct an election, I resigned.

In 2015, I published "After School, What Next?" and leveraged on my contacts to speak at over 50 youth events across the state and beyond. It was a massive year but yet, I wasn't getting that big money I wanted. I never gave up, I still believed in my talents and networks. Something in me kept pushing me. Like a young man admiring the fresh ass of a beautiful lady he hopes to devour one day, I kept pushing hard to win.

Last year, I dedicated all of it to travelling around the country for different youth events. From the South East to South South, North Central to South West, I was seeking for that knowledge that makes men stand out from their peers. I toured a few secondary schools and met with really inspiring young people across Anambra State. In the end, I held my own event tagged #SchoolBagToPortfolio to share with my fellow young people on some basic rudiments of life. Still, I have not hit the jackpot I so much wanted since 2012. But I have not given up, I am still fighting.

Do you know what I nearly missed in all of these outings?

It was not really about the money. While I was looking for that BIG money, I was silently training and developing myself to become a more educated, open, liberal and empathetic young man. I have not hit that money I am expecting from my talents, but I have come a long way from where I started in 2012. I believe in this process and I will keep pushing till I get there. Right now, I know the money will come, but if I lose the opportunity of becoming a better man now, I won't have that opportunity again. I will always have the opportunity to make money, but I won't always have the opportunity to become a refined gentleman.

If you read this, never despise the days of little beginnings. We are still on our way, I pray God to sustain us and bring the right people along our path as we journey through life. Amen!

3 comments As You Journey In Life To Become Successful