Home » Latest » Other Issues » Politics » Social Issues » Trending » Excuse My Biafra, Can You?

Excuse My Biafra, Can You? 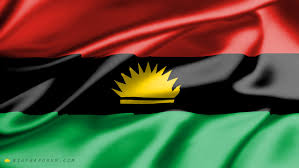 I am a post civil war kid, a scion of the Aghaebego Millennial Generation. Myself, like many of my fellow millenials who have a strong voice over the social media today, had to relish the narrative of the 1967-1970 civil war through the stories our grandfathers and fathers told us some nights after dinner.

The latest events in the South East and the renewed call for the secession of the South East of Nigeria to form an independent country of Biafra has brought to the fore, some of the stories that we heard as little kids. The hatred, disenchantment and outright neglect of a region that produces the oil which fuels the nation is glaringly clear.

I never witnessed the war. And for some of us, we have a strong feeling that our elders have failed us even in recent times because of the obvious neglect of our region in the nation. This is why the renewed call for Biafra has garnered momentum. This is not about Nnamdi Kanu or his IPOB followers. It is about a people whose voice have been silenced so much and when push comes to shove, you make up your mind for the worse. 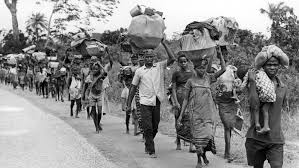 The Python Dance II and the renewed violence in the South East is not what is needed at this point in our nationhood. Catalonia will be holding a referendum to decide whether to remain in Spain or not. This decision wasn't reached at immediately. Many meetings and consultations were held in the past and when all entreating offers failed, they resolved to referendum.

I am of a millenial generation that is hungry for our voice to be heard and be valued in a nation, any nation that can guarantee such rights.  If Nigeria can't guarantee us the freedom to be heard and succeed in her, we can only push to opt out of this unholy matrimony of 1914.

Biafra is not about IPOB, MASSOB, Nnamdi Kanu or anybody; it is a state of mind and a history that will never die. And if Nigeria and her leaders refuse to heed the voice of reasoning and find ways to settle this issue, this country will be harmed, to a great deal.

To the political leaders in the east, you owe a whole lot to the people who put you in those positions. At a time like this, it is about who is politically correct or otherwise. What should bother us, as a nation state is the ultimate survival of our people and the peaceful coexistence of Nigeria. If this has proven to be impossible as been demonstrated by the use of naked force on the people of South East, then let's explore other options. 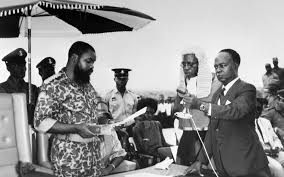 This generation of millenials never saw the war but the drum is deafening at this point. The social media has become a strong tool of mobilization and propaganda on so many levels. The young people rely on these channels for their orientation of what this society looks like.

Let Nigeria and her leaders not ignite a fire that will consume both the Victor and the Vanquished.

8 comments Excuse My Biafra, Can You?